What goes through your mind when you’re stranded at the North Pole, just finished a marathon and unsure if the plane is going to be able to get back for you? For most of us it would be blind panic, but not for Doug White!

This was just another adventure on his quest to complete 31 marathons across the globe in memory of his late mother. A 20 year retired veteran of the US Air Force, he had long been interested in travel, meeting new people, and seeing what new adventures lay in wait over the horizon.

Doug, who is a father to four children, is currently based in Tampa, Florida, with his wife Cindy – apart from when he is travelling the world taking on another endurance event! 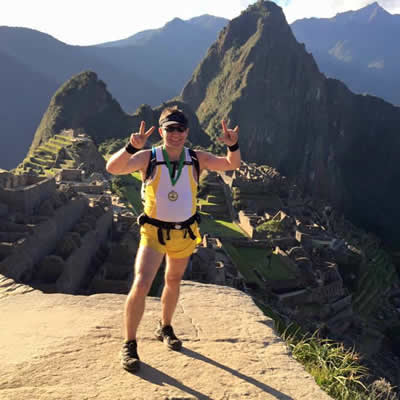 Now looking to the horizon again to complete ultra marathons on every continent he joins Stevie to share his story, his motivation, his zest for life and to allow you to draw from his strategies & wealth of knowledge in fitness, training, endurance, happiness, achieving your goals and living the life that you crave and to answer the question…“What comes next?”

Book your place on the event below and open your mind to the possibilities of doing things you thought were beyond you or never even knew were out there waiting!